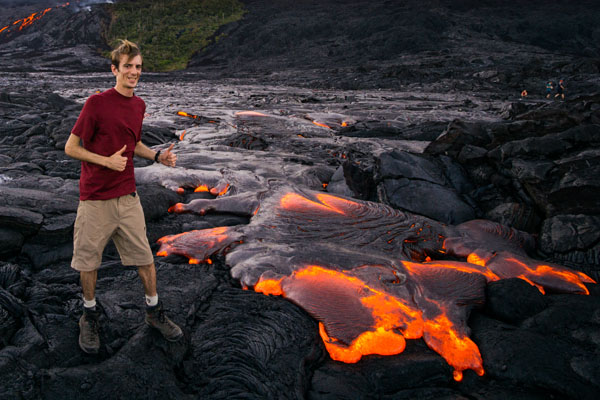 Sean has been interested in photography since around 2005. He presently lives Los Angeles, California and works as a scientist in the aerospace industry. In 2018, he completed his PhD in astronomy at the University of Hawaii. He finished his BA in astrophysics in 2011 at UC Berkeley. While there, he worked as a photographer for The Daily Californian to get his dosage of sports, riots, and general photojournalistic mayhem. He has taught photography since he was in high school, and while at Berkeley co-facilitated a 150-person weekly "DeCal" seminar. While in Hawaii, he focused on still and timelapse photography of observatories atop Mauna Kea, and now he focuses mainly on adventure photography. He was shortlisted for Astronomy Photographer of the Year in 2014, 2016, and 2019, and placed in two categories in 2017. His clients include Canon, Discovery Channel, PBS, Netflix, and Discover magazine. He gives invited talks about photography and astronomy, and his photos have been exhibited at the Royal Observatory Greenwich and National Maritime Museum in London. His other hobbies include sleep deprivation, coffee, and refusing to join Instagram.

For sales inquiries, general questions, or to transfer him money from a not-sketchy-at-all foreign bank, contact Sean at sean@sgphotos.com.

A selection of sites that have featured Sean's work: